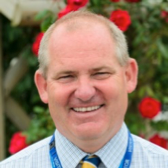 Neville Coles studied Physical Education, Sports Science, History and Education at Loughborough University before entering teaching. He holds a MA in Education and NPQH. Since 1988 he has taught in Hertfordshire, Leicestershire and Somerset schools. Neville became Principal at Priory Community School in Weston-super-Mare in 2007. Priory gained an OfSTED ‘outstanding’ grade in 2014. It became an Academy in August 2011. Neville is now the Executive Principal of The Priory Learning Trust (TPLT) - formed November 2015. He works as a National Leader in Education and occasional consultant across the UK. The ‘strap-line' of PCSA and now The PLT is, ‘Students First - Cherishing Staff’. TPLT became a Teaching School Alliance in 2016.